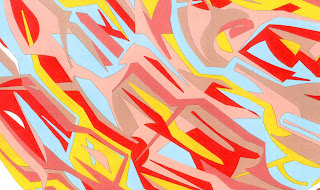 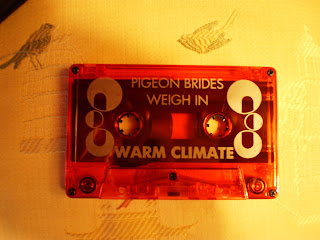 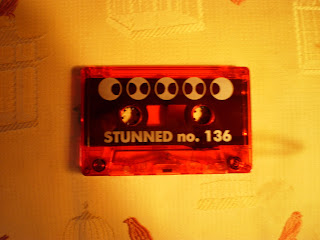 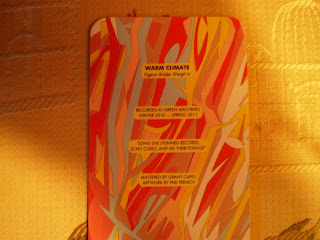 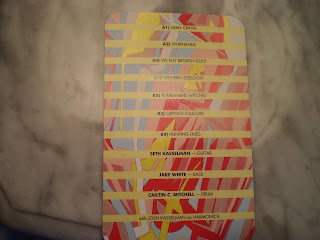 This is some really heavy shit.  My buddy McKinley introduced me to Warm Climate a few years ago and I have been hooked ever since.  A tape with style for miles and miles, initially Pigeon Brides Weigh In was supposed to be the final Stunned release - the subsequent Plantkton Wat/Super Minerals split was actually the final Stunned tape; and while that tape is incredible, the Warm Climate cassette represents something special - the pinnacle of Stunned releases, the crest of wave that leaves a high water mark.

Publicly declared as the "best band in L.A.", Warm Climate pile it on thick with their brand of psyched out rock.  Their discogs profile suggests that while the cast is variable, this is the project of Seth Kasselman and various collaborators.  On this release, Kasselman's ringing guitar is joined by Caitlin C. Mitchell's drumming - which is one of the best aspects of the tape - along with Jake White on Bass and Josh Kasselman on harmonica.  Stunned states it aptly: "this tightly rehearsed L.A. group fires one psych groove and infectious hook after another".

Warm Climate creates the type of music that makes one bypass the other things on offer.  Seriously, my  favorite rock lps/tapes/cds in the collection - Sonic Youth, Can, Pavement, Jennifer Gentle, etc.. - are covered with dust due to my strong feelings for the music contained in this tape.  Warm Climate has two other tapes on Stunned - Edible Homes and Camouflage on the River Wretched - both of which radiate Kasselman's vision.  Here's the deal: grind up the indica, pack it tightly and watch as the smoke meets the high water mark.